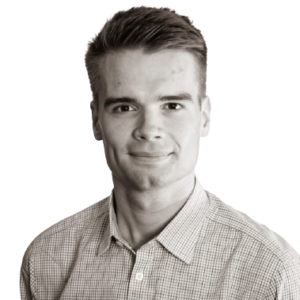 In the early hours of the 13th December 2019 Labour members sat aghast as Blyth Valley declared the first Conservative win of the night, becoming the first brick to crumble from the “Red Wall”.  The task ahead of the new Labour leader is colossal. To win a parliamentary majority of one, the party will have to gain 124 seats at the next election.

Against this backdrop the leadership contest has gone relatively unnoticed. Of course the Coronavirus outbreak has made campaigning extremely difficult, but even before there was a sense that the timeline of the campaign was too long (members first received ballots on the 24th February) and that debates about the future of the party have been too tame.

This has been compounded by a feeling that the result was over before it even began, Keir Starmer’s early dominance was never meaningfully challenged. He will likely be announced as Leader with Angela Rayner his Deputy at 10:45am this Saturday, the main question will be the margin and nature of the victory. Many moderates are hopeful that members will give the new leader a significant mandate – allowing him to govern in a less consensual way than he campaigned, leaving large parts of the Corbyn project behind.

Saturday will mark a new chapter for the Labour Party, and while they are a long way from Government what happens next within the Labour party will be vitally important for anyone seeking to understand and engage in the political arena.

The immediate priority for the new Leader will be ensuring robust but constructive scrutiny of the Government’s coronavirus response. So far, the approach taken by Shadow Health Secretary, Jonathan Ashworth (who was tipped to leave the shadow cabinet but may have saved himself these last few weeks) has won plaudits for doing just that, while some of Jeremy Corbyn’s interventions on how Labour’s 2019 manifesto “has been proved right” have been wider of the mark.

The early response could well define their leadership going forward, the calm statesman like abilities of Starmer for instance may provide a good antidote to the more energetic and upbeat Prime Minister in this time of crisis. A shrewd Labour Party in step with the nation could benefit as the Government struggles to get a grip of the testing and support for the economic recovery in response to the pandemic.

The biggest change will be a Labour Party with more depth, within Labour circles the Shadow Cabinet has been something of an embarrassment. Whatever happens on Saturday, we can expect a broader talent pool in the Shadow Cabinet as Labour’s moderate MPs return to the frontbench. A clear theme of those reportedly in line for promotion are women who figures who are well respected across the party and very knowledgeable in policy detail. Rachel Reeves, seen as a talented economist with an eye for detail, is expected to become Shadow Chancellor while Anneliese Dodds, a natural peacemaker between moderates and Corbynites, is tipped for promotion in the Treasury team. Decisions will be bloodier in Labour HQ, Karie Murphy, Corbyn’s controversial right hand, is unlikely to survive and most of the “Corbyn vanguard” is expected to be moved on. According to The Sunday Times these figures will be replaced by “veterans of Labour’s moderate wing” including Morgan McSweeney as Chief of Staff signalling a professionalisation of the party once famous for command and control.

Perhaps the biggest unknown about Starmer is which part of the party he belongs to. His election may move away from elements of Corbynism, but it will certainly not usher in a return to New Labour. Comparisons have been made about Starmer belonging more to a European social democrat school of thought – which would suggest landmark policies such as the Green New Deal will still be part of a future Labour Government’s programme. Starmer’s leadership campaign also committed to increasing income tax for the top 5% of earners and abolishing tuition fees, but a large margin of victory could see these totemic Corbynite policies left to quietly disappear.

Engaging with the opposition can be extremely useful for campaigns to raise issues onto the agenda or warn about the damage in the detail of Government proposals and legislation. Starmer has shown his ability as a Parliamentarian as Shadow Brexit Secretary, skills he is likely to translate to the Leader of the Opposition role and across the Labour machine.

So, a new Opposition leader for the first time in five years presents an array of new opportunities and changes to the British political system. Therefore, it will be vital for businesses, charities and for those of us in public affairs to move quickly to understand the new Labour party and build relationships with it as early as possible.