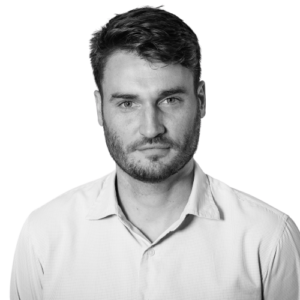 The day that was

Energy is a word with many meanings. One of the most important of these in recent days has been the energy of the conference at COP26, and pleasingly this has been more positive than many people expected heading into this crucial fortnight. Several key deals have been reached already, and, having just returned from Glasgow myself, the energy – the vibe – is one of tentative hope, albeit major challenges remain.

Energy, in the more physical meaning of the word, is also the theme for today (4th November) at COP26. Some of the key challenges for the decarbonisation of the energy sector lie in heat and transport. Transport has its own dedicated day next Wednesday, and heating will, to a large degree, be covered in the Cities, Regions and Built Environment Session next Thursday.

Today – which should really be called power – is predominantly about how we will generate, transport, store, save and manage that precious commodity – electricity – which recent months have shown us cannot necessarily be relied upon cheaply when we need it, even in the developed world.

Moving away from reliable, flexible but ultimately polluting fossil fuel generation is one of the key pillars of global decarbonisation. Indeed, ‘powering past coal’ has been one of the major themes for the Conference. However, the deal announced this morning that more than 40 countries have agreed to shift away from coal (the biggest contributor to climate change) is weak in comparison to the scale of the threat.

It is not binding, operates on various timescales between the 2030s (for developed countries) and 2040s (for developing countries), and most importantly it excludes major countries like the USA, China, India and Australia.

India has at least now made a commitment to net zero – but the 2070 target is dispiriting for a country which houses a population deeply exposed to the risks of a heating world. The hope is that the ratchet mechanism built into these conferences by the Paris Agreement will bring more ambition in five years, and leaders are right to call out the developed world on the lack of climate finance to date. The country has also seen an explosion in solar energy of late, which may help to redefine the art of the possible.

China is a climate paradox – simultaneously the largest investor in renewables, and a critical driver behind the reduction in their costs around the world, but also continuing to build new coal plants at a rate that outstrips the rest of the world combined.

Xi Jinping – conspicuous by his absence in Glasgow – has promised to stop financing coal abroad, and again this represents real and tangible progress, but such progress domestically will ultimately be vital in the pursuit of 1.5 degrees.

And in the US, despite President Biden’s rhetoric, and early reconciliation with the Paris Accord, domestic political considerations and constraints are making meaningful progress a challenge.

Overall, then, progress so far on coal has been less than hoped – but the UK has been a leader in demonstrating that this transition is possible.

The changing energy picture in the UK

The UK has set a good example on how the electricity system can be changed. 30 years ago, 70% of the UK’s electricity generation was provided by coal, and it was 30% just seven years past. Today that figure is less than 2%, and the last coal plant is due to shut by 2024.

The UK has certain geographical advantages, especially in respect of sites for wind power around our coastlines. However, the major progress away from coal is not a wholly green story. Much of the generation we relied upon was displaced by gas rather than renewables, and the surging electricity price in recent weeks have shown us how much we still rely on that gas generation, and are beholden to spikes in global markets.

This has sharpened minds, and the Government has set a date of 2035 for a zero carbon electricity grid as part of last month’s Net Zero Strategy.

This is easier said than done. The wholesale gas price rose in recent weeks partly due to low wind speeds across much of Europe – and the laudable ambition to reach 40GW of wind generation by 2030 will leave the UK still more exposed to changes in the weather.

There are numerous ways to mitigate this. Energy storage – which captures generation for use at optimal times – needs to grow exponentially. Some of this will be provided by ever larger grid scale lithium-ion batteries. Some will be provided by hydrogen – the current darling of energy policy circles – and that hydrogen can ultimately be produced by electrolysis using the power generated by offshore wind, and tackle hard-to-electrify industries.

Some of the strain on the system can be alleviated by a smarter grid. This more localised vision of power sees supply and demand react in a more intelligent way, with electricity generated (often by solar), stored and utilised locally, and users being encouraged to use less (and potentially sell more) at times of peak demand.

Yet, with decarbonisation bringing increasing electrification across the heat and transport sectors too, it is clear that much more generation will be needed, and reliable generation at that. This is why the Government has been so keen to bring forward new financing mechanisms for nuclear – as set out last week.

The government hopes that the short-term output of this will be more large scale reactor projects being funded to replace the fleet that is gradually being decommissioned across the UK, starting with Sizewell in Suffolk. However, these projects are not quick builds, and they are expensive.

Further ahead, the future of nuclear may look vastly different. Small Modular Reactors hold major promise in terms of safety, cost, build time and their potential applications for industry. And the Government remains keen to back a breakthrough in fusion – though this cannot yet be planned for to fill capacity requirements. All of this is likely to mean gas has an ongoing role – albeit in reduced form and increasingly mitigated by carbon capture.

Industrial use is also a key consideration. The energy density and flexibility required mean hydrogen and carbon capture storage / usage (CCUS) will provide a potential longer-term future for existing thermal generating assets and infrastructure, and the recent choice of HyNet and East Coast as fast-track clusters for investment is recognition of the industrial present and future potential of these regions – a key part of the Government’s plans to ‘level up’.

Overall, the challenges ahead are not insignificant, but few countries around the world can claim to have demonstrated the same desire and ingenuity to change how the electricity system works and to truly power past coal – a credit to everyone who works in this vibrant domestic sector.