The Scottish Parliament Election and the Green Agenda 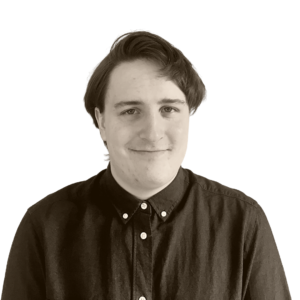 The United Nations Climate Change Conference (COP26) comes to Glasgow in November this year. This was a decision made by the UK Government and is something the Scottish Conservatives are happy to take credit for. The decision was clearly a strategic one on the part of the UK Government – designed to show the importance of Scotland to the Union – but it also presents a unique opportunity for a Scottish Government that is keen to show off Scotland’s leading green credentials on a world stage.

The conference itself has attracted a great deal of attention both domestically and worldwide. First Minister Nicola Sturgeon has said COP26 will be crucial to tackling global climate change and has called it “our best, perhaps our only chance to address it”.

The Scottish Parliament election has mostly been dominated by questions about the constitution. However, in the lead up to COP26, all major parties have prominently included major environmental policies in their manifestos. This is also partly due to the fact that 16 year olds can vote in Scotland, making young people a sizeable voting bloc. Polls show that young people consistently rank tackling climate change as one of their top priorities and so parties have been forced to respond to this. Although, some have gone further than others in their responses.

The Scottish Government under the SNP was one of the first to declare a climate emergency, back in 2019. The SNP also founded the Climate Justice Fund, which provides aid to those at home and overseas who are impacted by climate change. The SNP have pledged to double the CJF to £24 million over four years. The SNP manifesto contains a number of environmental pledges including decarbonising the heating of one million homes by 2030, implementing a deposit return scheme for plastic bottles, and investing £100 million in a green jobs fund. However, the SNP have been criticised by the Greens for allowing oil production in the North Sea to continue and of not being ambitious enough when it comes to tackling climate change.

The Conservatives have also endured attacks from the Greens, notably during the first leaders debate, on their plans for the North Sea oil and gas sector. The party has pledged to support the UK Government’s North Sea Transition Deal, under which oil and gas will continue to be produced but with the aim of reducing production emissions to net zero by 2050. The Conservative manifesto is less focused on the environment but does contain some notable pledges including establishing a third national park in Galloway, ending peat extraction, bringing forward a bill to help Scotland achieve net zero by 2045 and establishing a £25 million Clean Seas Fund.

Labour have called for greater action to tackle the climate emergency through a Green Industrial Revolution. This would involve creating 50,000 sustainable jobs while investing in public transport. Despite these plans, Labour was criticised by the Greens for lacking true environmental credentials after Keir Starmer flew up to Scotland to campaign rather than take a less polluting mode of transport such as a train. The Labour manifesto contains a number of environmental pledges including plans to build an electric battery Gigafactory, providing interest free loans to households that want to buy electric cars, encouraging more people to walk and cycle as well as making Scotland’s buildings more energy efficient.

The Greens themselves have naturally focused a large part of their campaign on tackling climate change. The Green manifesto is dominated by environmental policies including plans to invest in marine renewables, introducing Low Emission Zones, banning the importation of shale and fracked gas for processing in Scotland and calling on the UK Government to stop oil and gas exploration and end subsidies for the industry.  The Greens have faced criticism over the cost of their plans, with Conservative leader Douglas Ross accusing the party of “economic illiteracy”.

Other parties have also put environmental issues at the heart of the campaign. The Liberal Democrats have outlined a number of policies including moving one million homes to zero heat emission by 2030 and establishing new national parks across Scotland. Alba notably laid out plans for the establishment of a Scottish National Renewables Corporation that will finance the transition away from a carbon based economy. Meanwhile, All for Unity have called for retailers to be forced to use biodegradable packaging.

Considering the attention each party has given to environmental policies, the next Scottish Parliament will clearly be focused on environmental issues. With COP26 approaching, this will only be magnified. In a campaign that has been mostly dominated by issues around the constitution, it is still plain to see that environmental issues are very important to many Scots as they decide who to vote for.