How To Change A Law 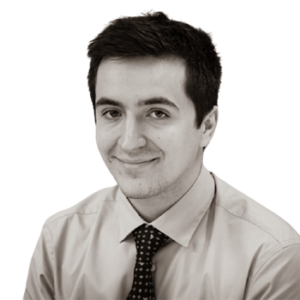 In the world of public affairs, changing a law is less bread and butter than it is fine wine. You don’t do it every day, and it can sometimes be hit and miss. But when you do secure that law change, few things compare!

There are, however, a few crucial things to consider if you’re trying to change a law.

Know what law you are trying to change

Britain has a complex constitution with many sources of law. It is essential to find out everything you can about the law you are trying to change. Is it a law that is set by legal precedent in the High Court or is it a statute passed by Act of Parliament? Is it a fiscal law that was passed in a previous budget and can easily be overturned in the next, or an obscure article passed in 1888 that still stands to this day? And crucially, is it an issue decided by Westminster, by a devolved assembly (Holyrood) or by the European Union? Knowing the right body to lobby is central to the success of any campaign.

Laws are mostly changed through complex legislative mechanisms (which we will get on to shortly). But the most effective way to secure a change is by getting the government of the day to support your cause. This can often be achieved by demonstrating huge public support. Launch a petition, start a twitter campaign, get your issue on the front page of the news and commission polling to show the public overwhelmingly supports your law change. The political class will start to pay attention.

Very soon an MP will want to be the parliamentary champion of your cause. They can play an important role in communicating with relevant ministers and building appetite for your law change in the halls of Westminster. They can also play an important role in navigating the technicalities of the legislative system. From securing a parliamentary debate on your issue to rallying votes, having someone ‘on the inside’ can be invaluable.

Use the right legislative tools

The most effective legislative tool is overwhelming government support for your law change. The NSPCC’s campaign to recognise emotional abuse of children alongside physical abuse generated so much government support that a new ‘Cinderella law’ was included in the 2014 Queen’s Speech. Once it is on the government’s agenda, a law change is very likely.

But there are other valuable routes.

Private Members’ Bills: in every parliamentary session (every year) a ballot is held giving a small number of backbench MPs the chance to introduce their own bills. Only the winner and a couple of runners up stand any chance of creating a new law. The ballot winner will usually be swamped with requests from every campaign in town, but if they adopt your issue, there is a chance you will secure your law change.

Amendments to existing bills: any parliamentarian can table an amendment if it fits broadly within the bill’s scope. As a bill travels through the Commons and the Lords, there are many opportunities for a supportive MP or Peer to table an amendment. However you will need to guarantee sufficient support for it to survive a vote. Few MPs will risk political capital on an amendment that will just be struck down. Though controversial, the recent law change on plain packaging for cigarettes was achieved through an amendment to the Children and Families Bill.

But worry not if you don’t have the time to become a constitutional expert. My top tip for securing a law change is very simple. Pick up the phone and call PLMR.